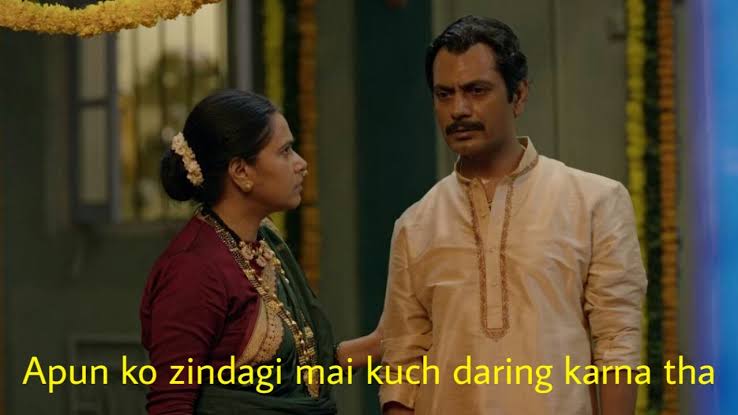 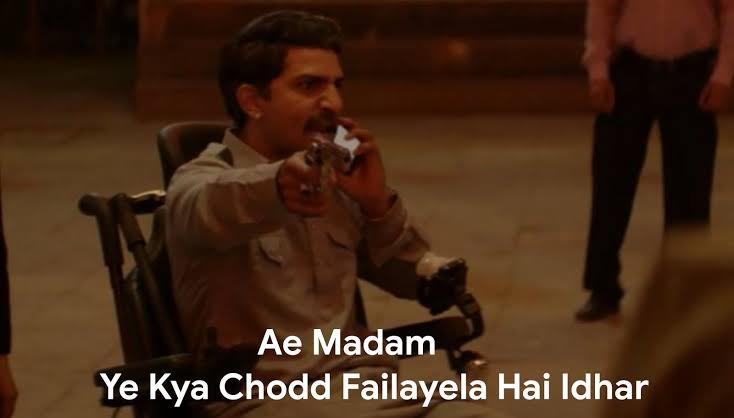 Bunty is screaming angrily and is telling a girl what Madam what the fuck are you doing here. 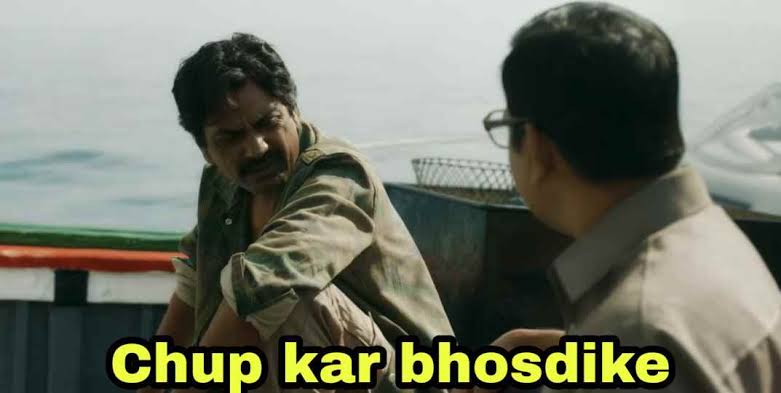 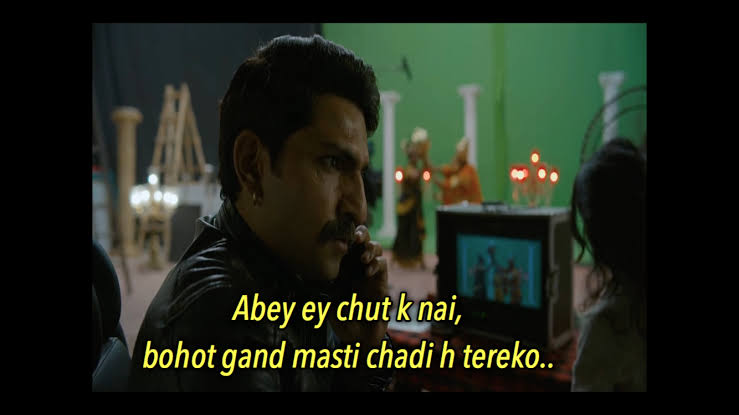 Like Bunty, if this type of template is used in your meme too, then it will be much preferred.
In this template Bunty is scolding someone on the telephone.

Chota Gaitonde after killing his mother, and after the father goes to jail. 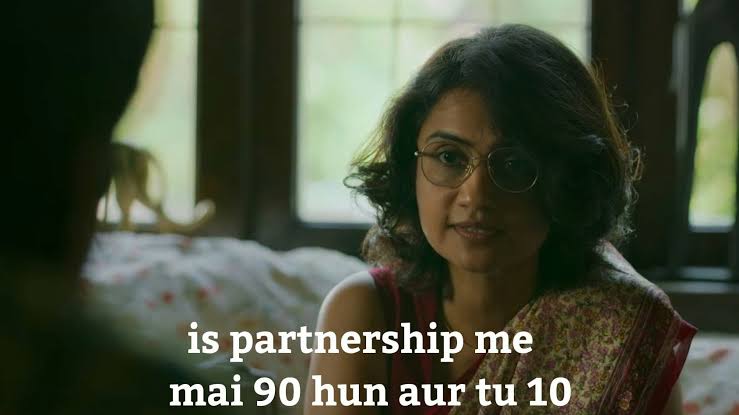 Yadav ji tells Nawazuddin Siddiqui about his deal and says that she is the major share of this business.
There was a wonderful scene when Yadav ji said this to Ganesh. 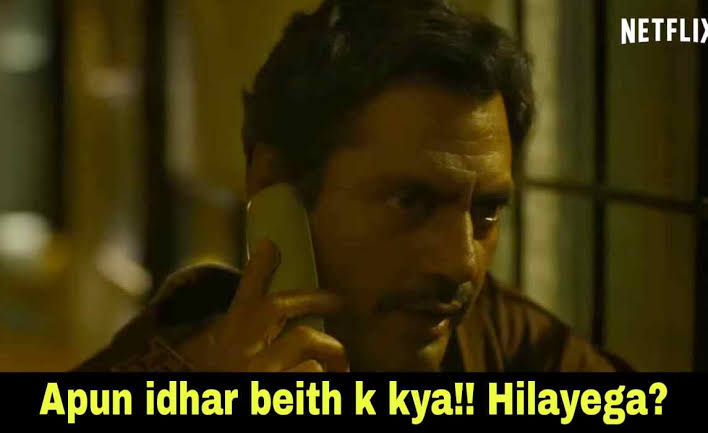 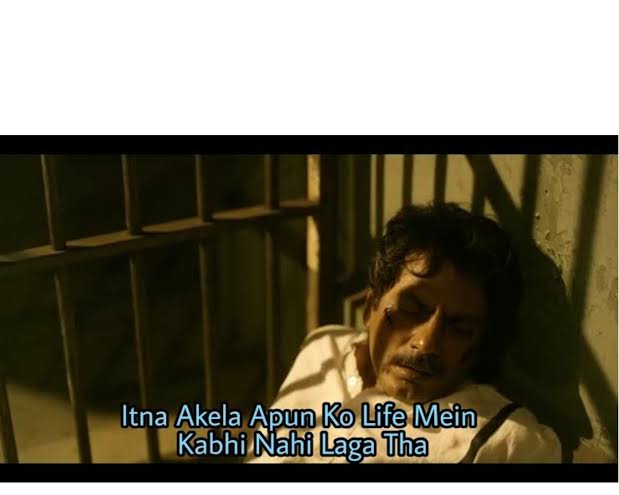 Ganesh feels very lonely in prison, and he says that he never felt so alone in his whole life. 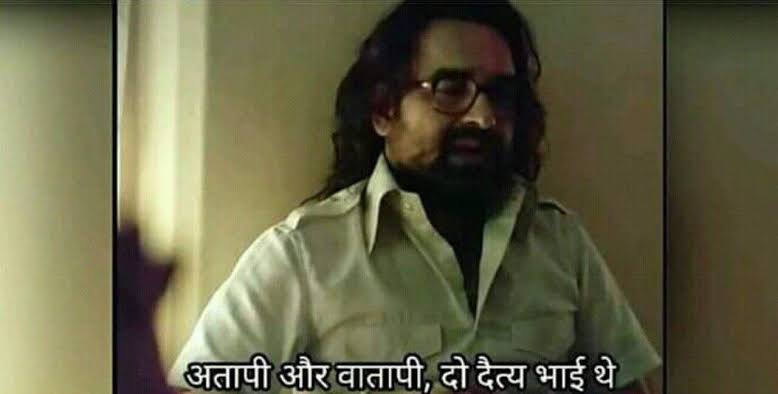 Guruji shares knowledge to his disciples, saying Atapi and Vatapi were two brothers. If there is such a feeling in your meme too, in which someone has to give extra knowledge, then you can use this template. 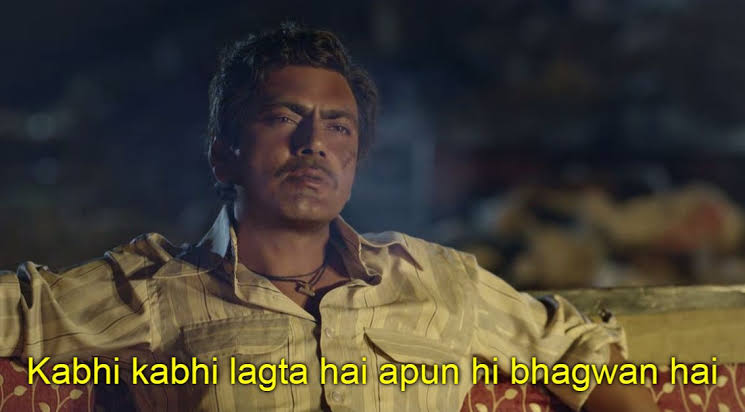 Ganesh Gaitonde, after setting fire to a pile of garbage collected by Eesa, sits in a chair and says: Sometimes I think I am God. 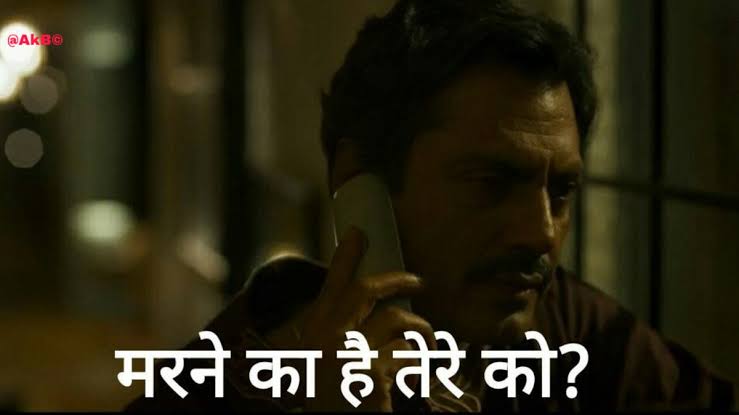 Ganesh Gaitonde, while talking to someone, says angrily: Motherfucker do you have to die?

After killing a gangster in Mumbasa, when Ganesh convinces the people in Hindi, Baria says: Nobody can understand anything 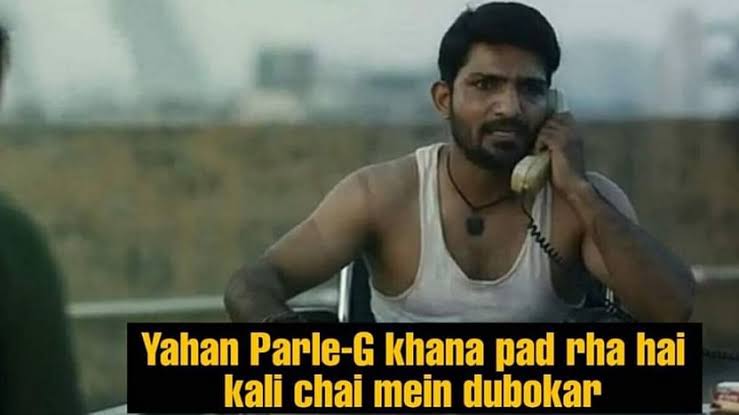 While talking about his poverty, Bunty tells Ganesh that he is eating Parle-G with water.

At the time when season two of Sacred Games was released, this meme template was very popular. No need to say anything about this template, you can understand yourself. 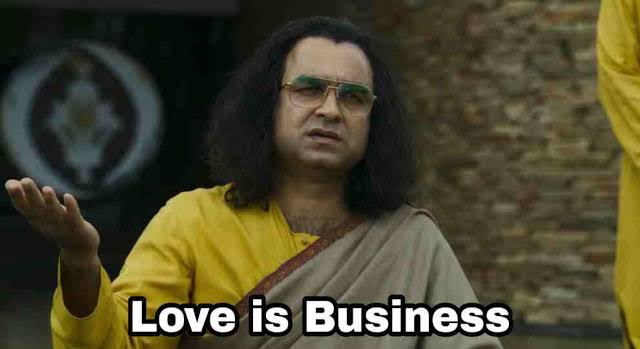 Pankaj Tripathi as guruji tells his followers that love is a Bussiness.

Ganesha could not understand anything in the ashram. And he says brain is gone 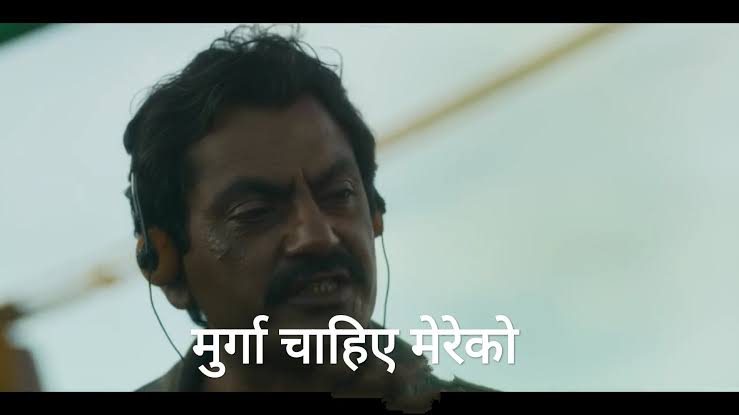 Ganesh gets bored eating fish daily in the ship, and says I have to eat chicken. 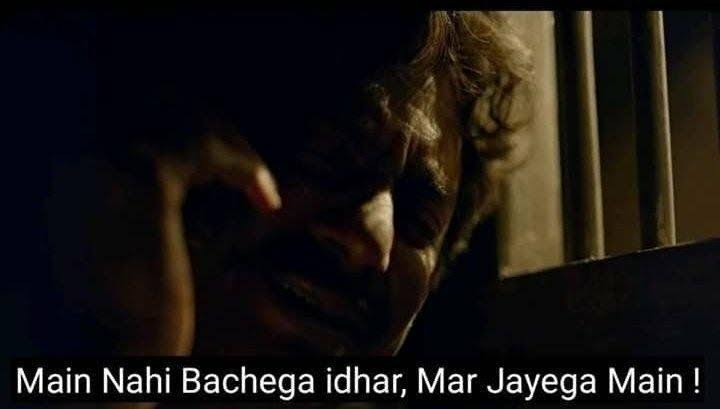 Ganesha's life in jail is completely ruined, and he starts crying while talking to Bunty, and says that if he continues like this then he will die now.

Sign up email newsletter to receive email updates in your email inbox!